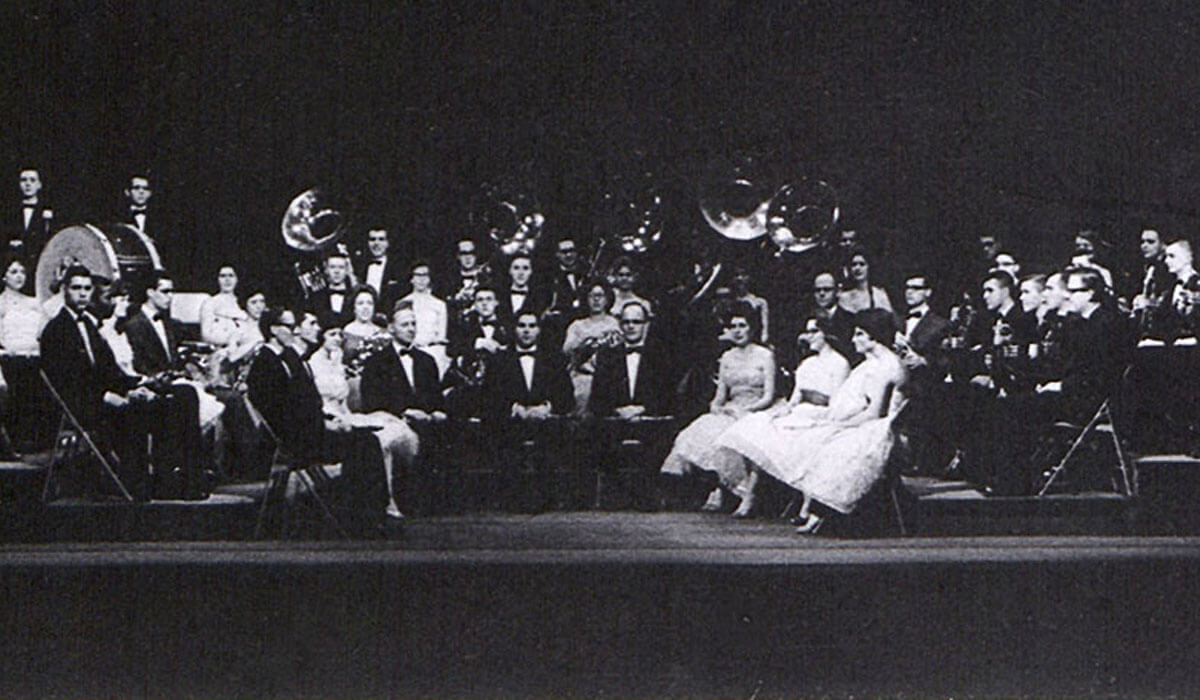 Like the Huskie Fight Song, NIU’s beautiful “Alma Mater” traces its origins to a tune by the same name written by music professor Neil Annas, who served as department head from 1912 to 1951. And like the fight song, Northern’s various name changes over the years necessitated some serious adjustments to both melody and lyrics.

The updated version of the Alma Mater was written by former NIU band director Wilbur Smith with help from English professor Orville Baker in 1957. It was first performed at a campus Pops Concert in January of 1961, and was officially adopted in 1963.

The Alma Mater was a favorite recital piece, and many different NIU musical ensembles performed it at concerts in the 1960s, 70s and 80s. But the somber hymn fell into disuse in later years, replaced at many events by its livelier cousin, the Huskie Fight Song. Finally in the 1990s, university leadership decided to revive campus knowledge of the song by having it played each day at noon by the carillon, or bell tower, atop the Holmes Student Center.

Hail to Thee, our Alma Mater
Ever shall we praise your name
Here, we proudly lift our voices
Thousands strong we sing your fame:
Free, steadfast, devoted, true
We will always stand by you
Let our cheers resound for Northern
Hail, N.I.U.

Music by Wilbur Smith (revised from original by A. Neil Annas)