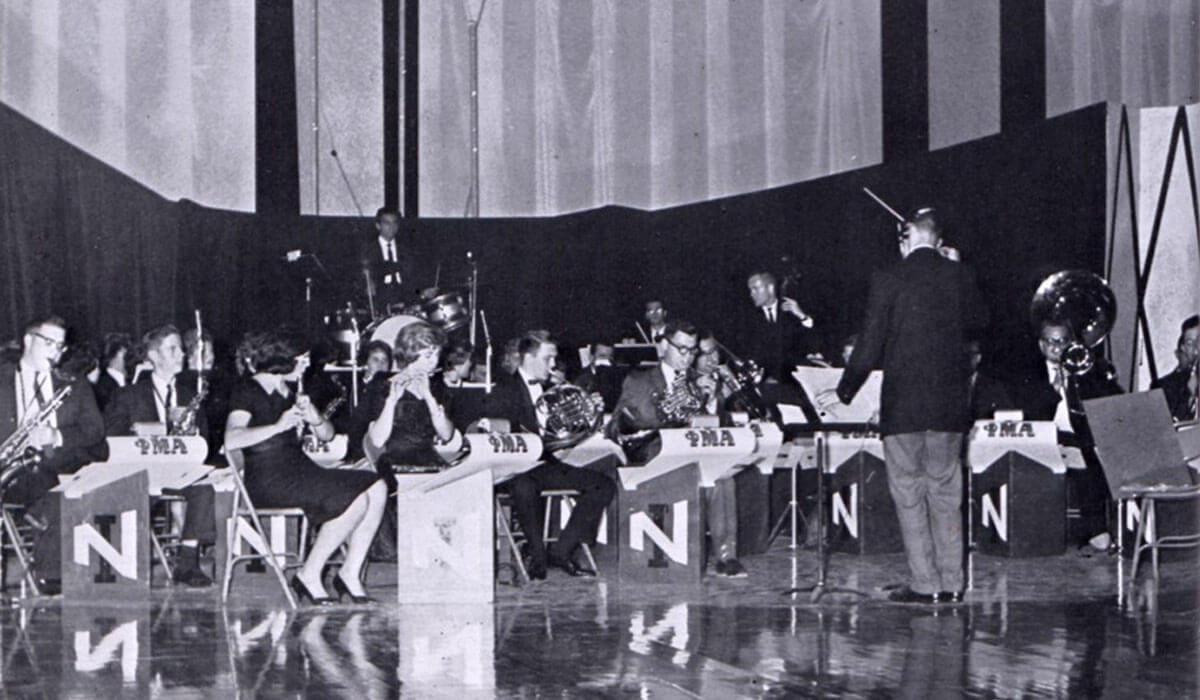 Francis Stroup's snappy lyrics and a modest re-write of an earlier tune made the Huskie Fight Song one of the most popular of its genre. In 2000 it was honored as one of the top 25 college fight songs in an ESPN national poll.

Music professor (and later dean of men) A. Neil Annas wrote a number of the songs that served the NISNS campus during its earliest years. “Castle on the Hill,” “Alma Mater,” and “Loyalty Song” were sung during Northern’s first half-century.

But tastes – and school names – change. In 1961, the Northern Star issued a call for “a snappier tune” to be sung at athletic events.

Physical education professor and swim team coach Francis Stroup answered the call with a new set of lyrics and a modest rewrite of Neil Annas’ “Loyalty Song.” The Star published the new song on November 17, 1961, and it was an instant hit.

Francis Stroup lived to be 101 – long enough to see his famous lyrics honored as one of the nation’s top 25 college fight songs in a 2000 ESPN national poll.

We are in this together, it says, and we will prevail.