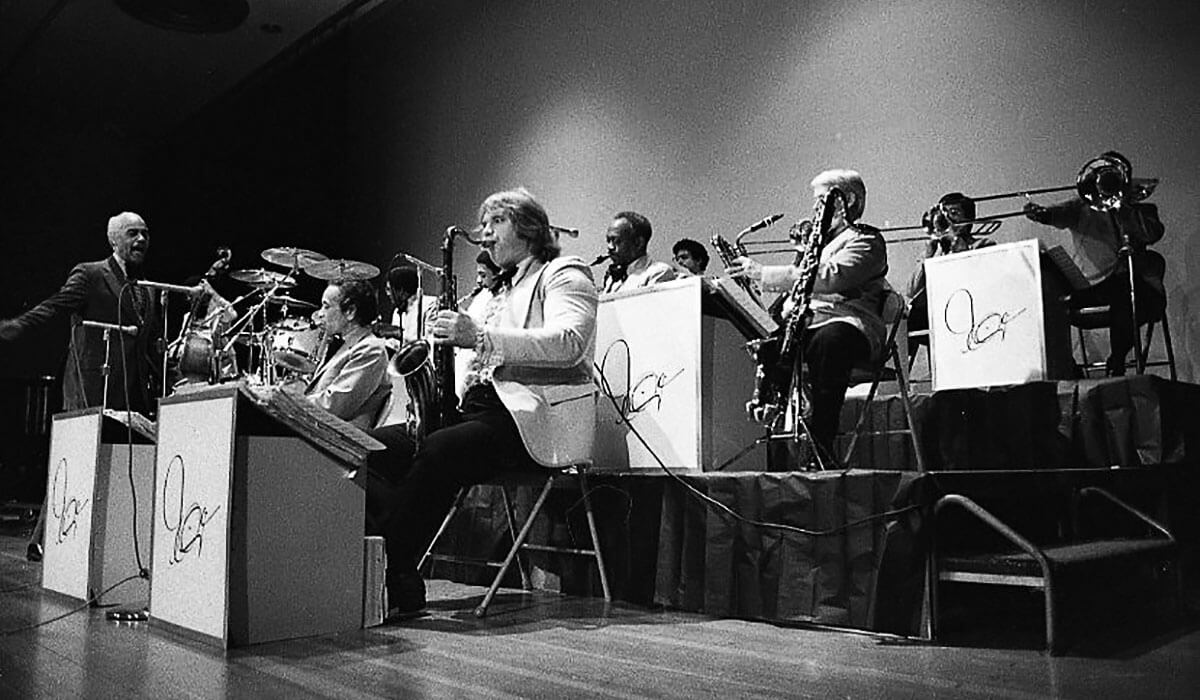 Duke Ellington played his last concert in the Holmes Student Center ballroom. On the first anniversary of his death, the Duke Ellington jazz orchestra, led by his son, Mercer, made a repeat performance. Observers recall a palpable energy in the room, with audiences members on their feet "clapping and hollering." The band noticed it too, and at the end of concert, when presented with the plaque naming the venue for his father, Mercer Ellington, his band and the audience reportedly "shed more than a few tears."

Edward Kennedy Ellington, better known as Duke, played the last full concert of his 75-year life as the highlight of NIU’s 75th anniversary celebration in 1974.

Battling both lung cancer and pneumonia, Ellington and his jazz orchestra nonetheless delighted a capacity crowd in the University Center (now HSC) ballroom on March 20, 1974.

“Old favorites and new pieces manifested vigor, elegance, sophistication and an interweaving of solo and group portions of the numbers. The fun, wit and rapport with the audience introduced Ellington and his ‘cats in the band’ not only as great performers but also as persons with a bit of mischief in them,” Fouke wrote.

Ellington’s song book contained an impressive amount of classic jazz, including some of his own compositions such as “Take the ‘A’ Train,” “It Don’t Mean a Thing (If it Ain’t Got That Swing),” “Mood Indigo,” and dozens more that have become jazz standards.

One of the hallmarks of the Ellington orchestra was the use of plunger mutes on brass instruments, which gives trumpets and trombones elements of the human singing voice.

The plungers were much in evidence during the NIU performance, especially during the solo parts played by guest trumpeter Cootie Williams, a jump blues musician from Alabama who is said to have influenced present-day trumpet star Wynton Marsalis.

In a 1998 tribute to Ellington, Chicago Tribune music critic Howard Reich relayed a story about that evening told to him by former NIU jazz director Ron Modell.

“I went into his hotel room before the concert, and tried not to show my shock at how he looked,” Modell said. “He was sitting on the bed slumped over, but he got up to greet me. When I went to my seat, I told my wife there was no way he was going to be able to perform a concert that night. And yet, when he hit the stage, he looked like there was nothing in the world wrong with him. He sounded great at the piano, the band was great, and his banter was as good as it ever was.”

Six years later, NIU honored the late musical icon during a repeat appearance of his orchestra, this time led by his son, Mercer.  From that day forward, the venue where Edward Kennedy Ellington played his last concert would be called the Duke Ellington Ballroom.