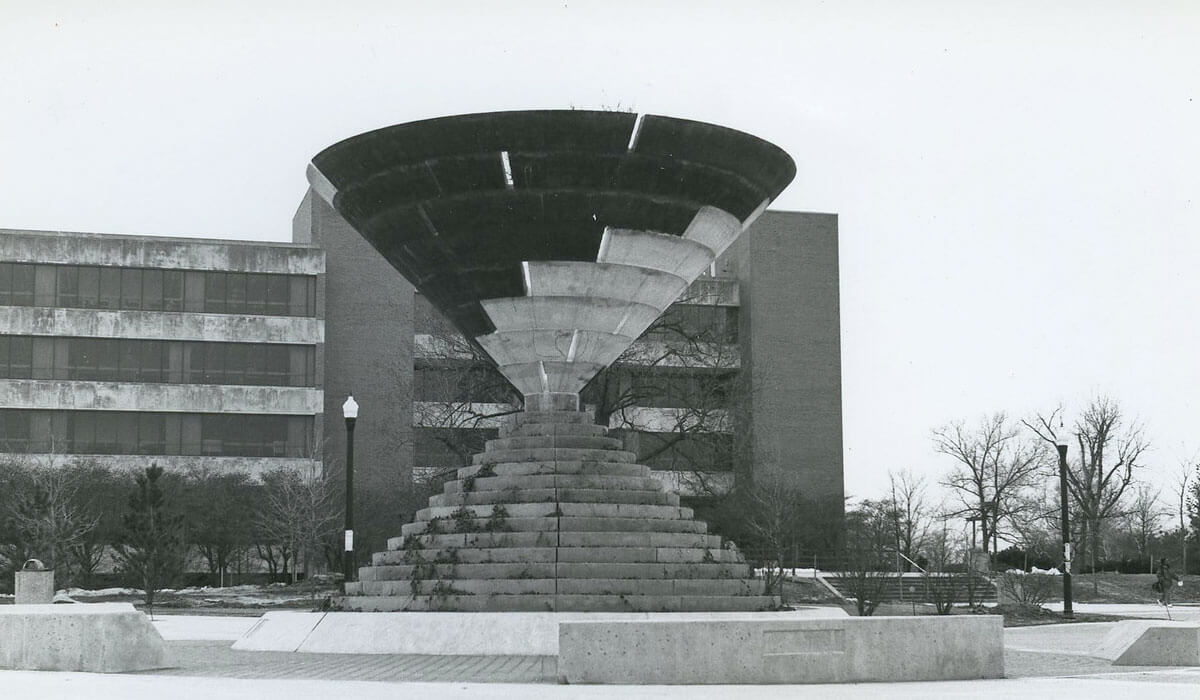 On December 8, 1983 NIU's governing board approved Martin Luther King Jr. Memorial Commons as the name for the area where this memorial sculpture and sculptor Peter Fagan's life-size bust of MLK (1993) resides. Nardi's sculpture "Balance of Equality" (1991) is based on the Reverend King's "Christmas Sermon on Peace" and engraved are two quotes from the speech on the base of the sculpture.

As early as 1973, campus master planning called for the parking lot outside the Holmes Student Center to be removed and replaced with a landscaped commons area connecting the Center to the new Founders Library. But as the years went by, no state funding was made available for that project.

Finally, President Monat decided to proceed with the work using existing physical plant grounds crew members.  During fall 1978, plans were developed by NIU landscape architect Anthony Lorusso. Pedestrian walkways were created that crossed through landscaped lawns, past new shrubbery and trees. Many commented that it was a rare occurrence in American higher education to see asphalt replaced by greenery.

Initial work was completed in 1982, and the following year the mall was officially designated the Martin Luther King Commons. It would be another decade, however, before state funding was obtained to finish the project.

The King Commons project provided the occasion for a nationwide contest to select a sculptural tribute to King. Illinois artist Dann Nardi’s abstract monument, The Balance of Equality, was commissioned and became the commons centerpiece. It was later joined by a life-sized bust of the slain civil rights leader by sculptor Peter Fagan, mounted on a pedestal of Mount Rushmore granite near the entrance to Holmes Student Center.

On September 17, 1993, the new commons was dedicated in a ceremony highlighted by an address from former NAACP director Benjamin Hooks and a commemorative concert by the NIU Black Choir.